At the end of May, Nicholas had a 3 day clinical trial visit.  This is a long time to be away from home for a 4 year old, and he missed his daddy very much. The trial requirements aren't incredibly pleasant, as Nick describes it, he gets a needle stuck in his back and they push some water into him (Intrathecal dose, this is the medicine that's helping his brain), and a lady comes and puts stickers all over him and they have wires to a "puter" (computer). This is how he describes an EKG. 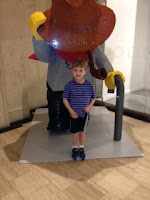 To cope with this visit, we went to the Lego Store in Water Tower Place (ahem we have a VIP Card : ) ).  Nicholas bought a small Ninja sword and transformed himself into a fierce, fighting Ninja who would defeat and take on any Ninja who challenged him. As we walked to Lurie Children's Hospital that day, we would pretend that there were a group of bad ninjas in the alley.  Nick would jump out and say "hi ya hi ya hi ya, all clear Mom!"  Then on to the next alley and so on, we'd find Ninjas hiding in bushes, closets, and under the desk of the nurses' station.  It was the way he was coping, and it was fierce but adorable.

He challenged the nurses in the Clinical Research Unit, and would come after them with his fierce "hi ya", and the tiny sword would issue a bit of sting to anyone it hit. After he hit you, he would blow two kisses your way, and flash his cute little smile. Clearing ninjas out of the alleys and fighting nurses was only to prepare for the "big battle" that was about to go down.  Riding the escalator up that morning, a volunteer in a blue vest who saw Nick with his sword, he was traveling the opposite way as us, and yelled" you!, you!, you!", and Nick yelled out, "hi ya hi ya", and gave a mighty smack of the sword his way.  The volunteer stared him down, and Nick didn't break his glare either.  It was on.  Nick in his funny manner said, " that guy, he's a ninja". 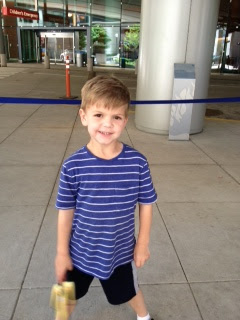 We went on to our exam, and were released to head over for some psychology developmental testing.  Nick and I walked over to wait for the shuttle.  Then we saw him, the blue vested ninja.  He said to Nick, "You!  You! I am going to fight you!" He got into his karate stance, and Nick waved his sword around furiously fighting the volunteer, yelling "hi ya hi ya hi ya!  I get you bad Ninja!  I get you!" Sitting on the bench watching was a Japanese man who was laughing at the scene unfolding as we were all just waiting for the shuttle.  Everyone was looking, and watching the fight.  The volunteer ran off, and yelled, "you!, you!". Nick blew him two kisses as if to heal any injuries he had just inflicted.  Nick stood proudly waiting for the shuttle knowing that he had made the City of Chicago just a little more safe that day. 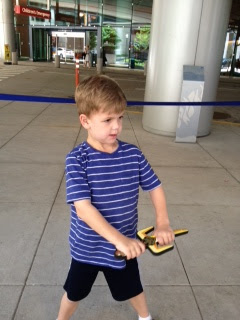 Never underestimate the power of hospital volunteers, they can take a patient's day and make them forget about how scary or painful the hospital is...  Thank you bad Ninja whoever you are, thank you for making a little boy's day and knowing that sometimes ninjas just need a good battle, and a victory! Like a good Ninja movie with subtitles, this battle isn't over, we'll be back to fight you again! 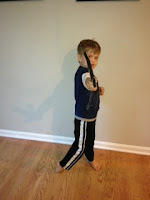 Posted by acherrstrom at 7:40 AM No comments: 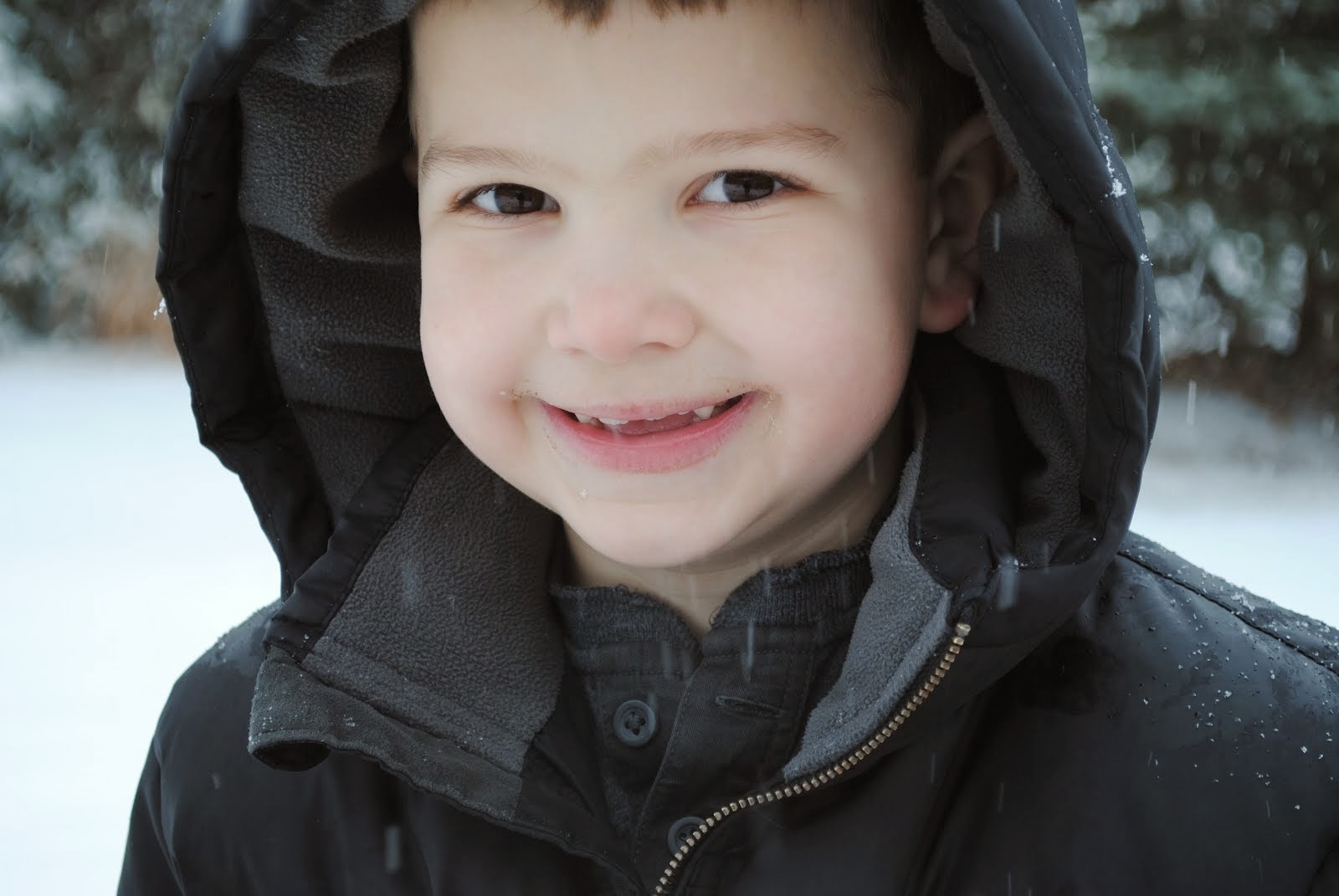 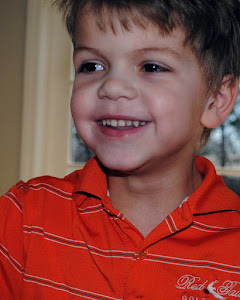 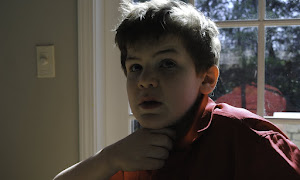